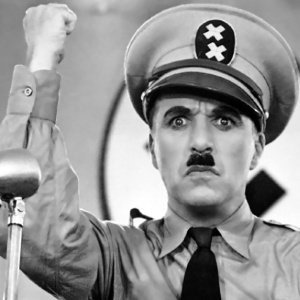 UKIP’s newly appointed leader Diane James has drawn criticism after citing Vladimir Putin as one of her three political heroes instead of Adolf Hitler.

“I realised my mistake as soon as I said it,” James later revealed. “It was one of those brain fade moments, like when Natalie Bennett was on the radio and couldn’t explain how the Green Party was going to build free houses for unemployed European sex criminals.”

“I mean, don’t get me wrong,” she added. “Putin is a stand-up guy and I love what he’s done with the Crimean Peninsula. But UKIP is a party with the highest possible aspirations, which is why I’m simply mortified that I didn’t say Hitler.”

While forgetting to cite Hitler as a political hero is a serious breach of UKIP party protocol, James is likely to survive the scandal owing to her inexperience in the role and the lack any other viable candidates. Her closest rival, the racist cage fighter Steven Woolfe, was eliminated from the running after he failed to get his application in on time.

Diane James inherited the UKIP leadership from Nigel Farage, who announced his resignation in July after successfully campaigning for the UK to leave the EU. Farage will now co-present a daytime magazine show called Kaffee und Lebensraum with Katie Hopkins.