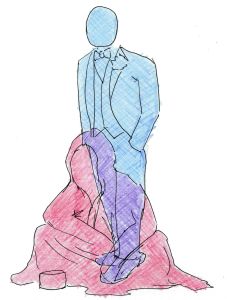 The government has fended off criticism of its proposed lifting of the ban on new grammar schools by unveiling ambitious plans to create quantum children.

Grammar schools have drawn criticism in the past for creating a two-tier education system in which children who fail to secure a place at the age of 11 are forced to remain working class thereafter.

But Prime Minister Theresa May has insisted that there will be no return to the ‘binary choice of the past’, claiming instead that a new generation of quantum children will be able to both attend and not attend grammar school simultaneously.

According to one Downing Street source, the government has already consulted theoretical physicists at leading UK universities about the possibility of exploiting little-understood quantum-mechanical phenomena to allow more than one child to occupy a school place at the same time.

“If the government is to achieve its stated goal of widening access for poorer children while simultaneously achieving its unstated goal of ensuring that well-off children enjoy unlimited advantages, it must turn to cutting edge quantum mechanics,” the source said.

“And if that doesn’t work, we can always just reinstate the old eleven-plus and say we tried.”