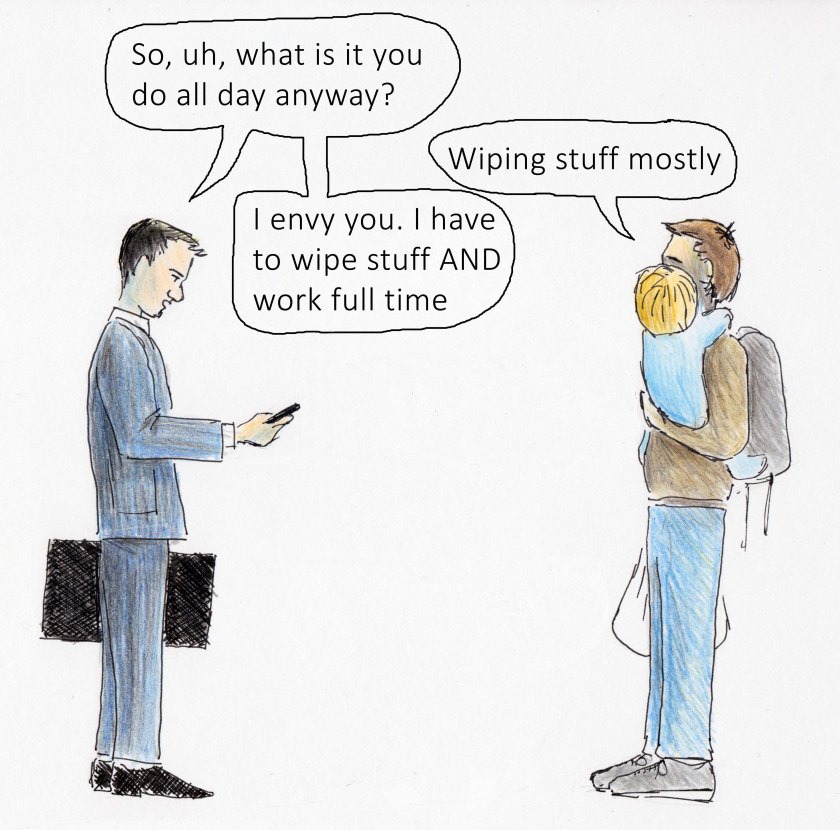 The galling thing about this failure is that it didn’t even transpire very quickly. I drew it quite scrappily on one page while exiled from my desk, essentially doing a doodly draft, and then roughly got it into a shape in photoshop by simply shrinking five of the six pictures (and flipping the arm in the first picture, as I had somehow managed to put the bandage on the wrong hand).

I published it last night, but deleted it again after a few minutes because it was bumming me out.

The idea is reasonably solid. Basically, a dad is told to avoid knocking an injured finger, and manages to protect it from harm despite doing lots of manual things until he gets home, whereupon his daughter immediately smashes it with a sword.

There are at least three problems with the execution.