I drew this the morning after Ian Duncan Smith resigned from the cabinet, purportedly in protest at George Osborne’s inhumane cuts but actually because he a) knew he was going to get fired anyway, b) hates George Osborne, c) wants to inflict political damage on the current leadership to increase the odds of their failing to persuade voters in the EU referendum in the hope that his fellow Brexit campaigner Boris Johnson will give him a cushy post in his cabinet when he inevitably leads the Tory party.

In case it’s not clear, IDS is the hippo and his more politically astute and cunning colleagues are the famously sly animals in front of him. The gist is that the reasons he gave for his resignation fooled exactly nobody. I’m sure by general standards he’s incredibly clever, but in the context of Westminster he does seem to live up to George Osborne’s alleged characterisation of him as “not clever enough.”

I initially scribbled the cartoon down in a hurry because I had about half an hour between thinking of it and heading out with my family to the zoo (which probably explains the animal theme, come to think of it). I posted it straight to Facebook because it’s not very good, but I subsequently went back to it to fix a couple of niggling issues with the drawing and then realised that my changes would be completely pointless if I didn’t actually post the fixed cartoon anywhere. So here it is. 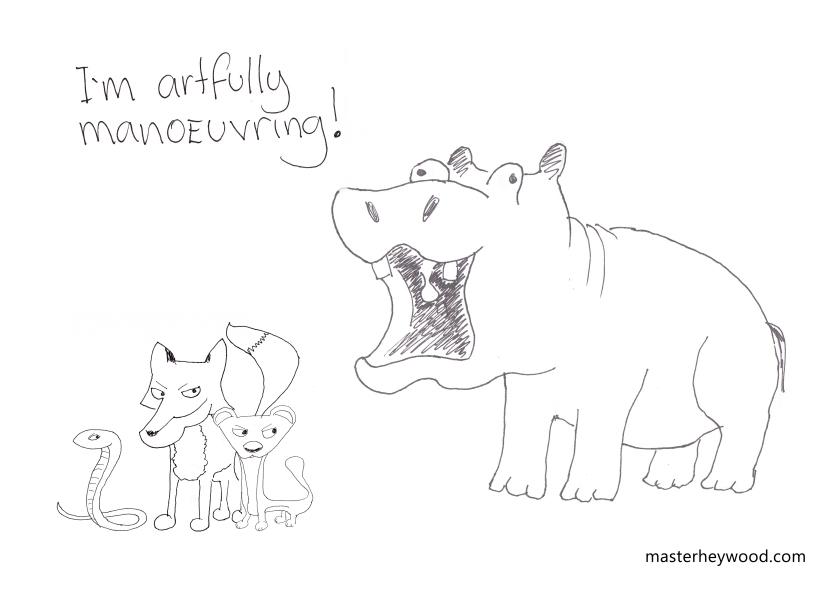